To me, and to a great many scientific thinkers, the most puzzling enigma of gravity has been explaining why it seems to be singularly attractive in nature.

Everything else seems to have opposites: magnets have north and south poles, electrical currents have positive and negative, good and evil, yin and yang, etc. But beyond the mere intellectual enigma, there are practical reasons to seek out gravity’s opposing force. Our mastery of gravitational forces is not only essential in achieving any form of practical space travel; it would revolutionize our transportation efficiency here at home.

Newton made an assumption that the Earth’s mass itself produced a gravitational force field, pulling all objects of matter towards its center. In actuality, external Cosmospheric Energy creates forces which are pushing all objects of matters toward the Earth. All of the same formulas work. This is simply a different explanation of why they work and what is really happening in nature.

Newton developed the metrics to determine the motions of planets, stars, or any objects of mass whatsoever. He did it with a most elegant and simple formula, which determines the amount of attractive gravitational force (F) between two objects of mass (m1 and m2) separated by some amount of distance (d):

This formula (among many others) got us to the moon. As profound Newton’s contribution to our understanding mechanical motion, it predicts everything but explains nothing. In Newtonian physics, gravity just is. Don’t ask why. Anything of mass exerts an attractive gravitational force upon other objects of mass, and yet, counter-intuitively, according to the formula, if the second object wasn’t there then there would seemingly be no force at all.

As we know, all matter emits and absorbs energy. Emitted energy waves travel freely in space indefinitely, to the outer edges of the universe, unless absorbed by matter along the way.

The universe contains trillions upon trillions of stars – enormous giant powerhouses radiating massive amounts of energy in all directions. 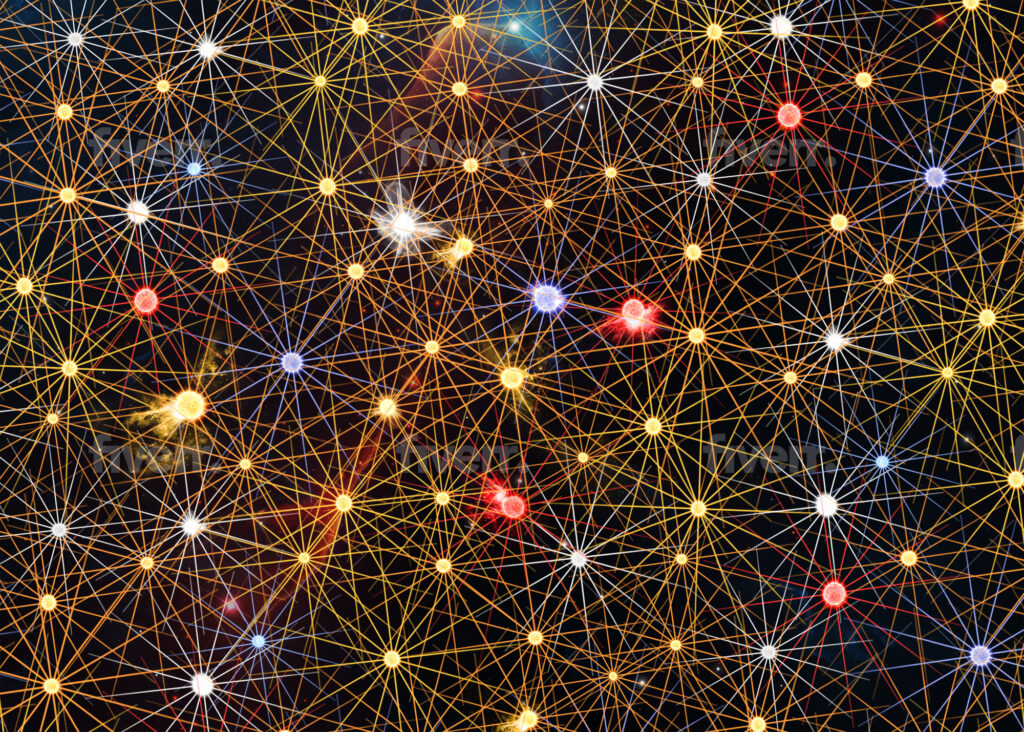 The collective emissions of all matter in the universe create a field of energy in all directions and wavelengths – the Cosmosphere. Cosmospheric Energy bombardment produces forces from all directions upon anything of matter, holding it in equilibrium (inertia). 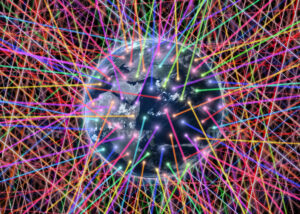 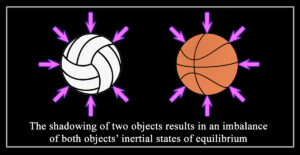 When two objects of matter are nearby, one object blocks, or shadows, some of the Cosmospheric Energy from reaching the other, and vice-versa. The resulting displacement of Cosmospheric Energy produces imbalanced forces, which overcomes inertia and causes the objects to accelerate towards the other. 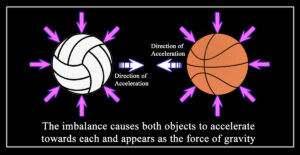 Therefore, the force we know as gravity is not produced by the objects themselves, but is instead an effect of mutual displacement of Cosmospheric Energy.

Gravity is not a “pulling-towards” force, but rather a “pushing-upon” force. The singularly attractive nature of the phenomenon is merely an illusion. We had based our understanding of gravity upon examining the behavior of the affected objects, while generally ignoring the origin of the forces themselves. 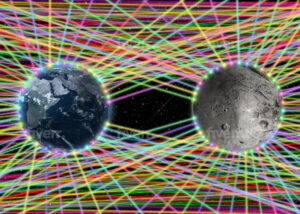 This diagram’s perspective clearly illustrates the absence of Cosmospheric Energy waves in the space between the Earth and the Moon.